IF YOU WERE IN CHARGE OF CONGRESS, HOW WOULD YOU SUGGEST THEY REFORM OUR IMMIGRATION POLICY?

Would you first take away our entitlement programs?
In his 1995 State of the Union address, President Clinton said, “We are a nation of immigrants. But we are also a nation of laws.” That said, why would our managers stand by and allow any of our laws to be violated in the first place? You and I can’t simply pick and choose which laws we’re going to follow. We have to follow all laws, so why shouldn’t everyone else? 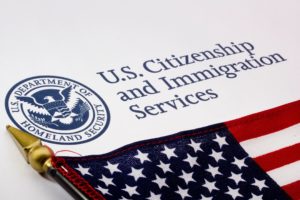 By not doing their jobs and enforcing our laws (by basically turning a blind-eye as to what was happening), Congress opens the door, puts out a welcome mat, and practically invites millions of illegal immigrants to flood into our country. And to make matters worse, once here, our managers give them an incentive to stay. They offer them a promise of American citizenship, and to tide them over while they’re waiting for citizenship, they give them entitlements (American taxpayer dollars).

And what do our elected officials want in return? Not much – just their loyalty and their votes. Who wouldn’t want 12 million more loyal supporters to help guarantee that those in power stay in power? They’re not simply taking from the rich and giving to the poor as they would have you believe. They’re taking from every hard-working American who pays taxes.

As an American citizen you and I have to pay into the system, so we’re entitled to draw from the system occasionally. Illegals, on the other hand, haven’t paid even one penny into the system. They’ve broken our laws and our elected officials want to reward them with entitlements! This is beyond insane! It’s time for our elected officials to start doing their jobs, start enforcing our laws, and stop giving away our hard-earned taxpayer dollars to illegal immigrants.

Would you then move to contain the problem by securing the border?

Before determining what to do with the millions of individuals who are already in our country illegally, we need to first contain the problem. We need to stop more illegals from coming in:

If Congress can’t stop the illegals (not to mention the drugs) from coming across our border, we should all have a major concern. How can we expect them to be able to stop a crate of surface-to-air missiles, biological weapons, or dirty nukes from coming in either? Wake up Congress and do your jobs!

Would you figure out a way to provide conditional citizenship to those already here?
Once the problem is contained, what do we do with the millions and millions of illegals already in our country? Yes they broke the law, and yes they jumped ahead of everyone else in line for citizenship, but we can’t just round up millions and millions of men, women, and children and send them home. The genie is already out of the bottle. We now have to deal with the problem that our managers created.

We have to find a way to give them conditional citizenship. It’s hard to blame someone for wanting a better life. Most of the immigrants I’ve met are nice, decent, friendly, and hard-working individuals. Most are laborers, in some form or another, which means most aren’t taking away American jobs because most of our entitled youth don’t want to do manual labor. They want to go to a free college and make a six-figure salary when they graduate. Who wouldn’t, right? 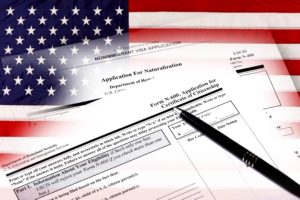 Steps that all current U.S. illegal residents must take to be granted Conditional Citizenship:

Please Share:Share on FacebookShare on TwitterShare on PinterestShare on LinkedInShare on Email 1. All illegal immigrants must register (within 180 days) as an illegal immigrant, give their residential address, and list the names and addresses of all friends and family members who are U.S. citizens. They must also list (and show proof, if possible) of their initial date of illegal…

I’m fine with vetting (screening) those already here, and if they have no prior criminal history and can pass all of our immigration requirements, I think it’s time we give them conditional citizenship. Once they become conditional citizens, they’ll be afforded the same freedoms that this great nation offers all of its citizens: life, liberty, and the pursuit of happiness.

They’ll finally be able to work legally and pay taxes into the system, just like everyone else. They won’t however, be able to draw from our entitlement programs. They came here illegally, they skipped the lines, they broke our laws, but more importantly, they haven’t made any contributions into the system. They can’t expect to simply waltz in (or sneak across the border) and become 100% vested in America’s entitlement programs, not when most of us have paid into the system for many, many years.

They are definitely not entitled to the same benefits that other American citizens are entitled to. Under conditional citizenship, an individual would not be entitled to draw anything from the system for at least ten years. If they want to work in America, pay taxes in America. They will be afforded that opportunity, but that’s it. No entitlements until they’ve paid their dues like everyone else! 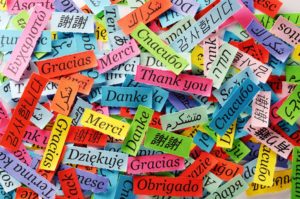 America is a melting pot of people from all over the world; however, English is our national language, and all U.S. citizens are required to read and understand English. It’s time we enforce our laws! It’s time for everyone who chooses to live in our great country to learn and speak our language: English! It’s time our elected officials stop wasting taxpayer dollars on duplicating every booklet, government pamphlet, road sign, etc. in Spanish! Everything printed in America should be printed only in English!

I don’t know about you, but I’m extremely tired of hearing celebrities and our managers on Capitol Hill condemn the rest of us for wanting to use Common Sense when it comes to protecting our property, our families, and our country. They want to force us to open our borders and allow anyone in; they want to force us to leave our country unsecured; and they want us to give up our Second Amendment rights.

Are celebrities ready to tear down the walls they had built around their mansions in Beverly Hills? Are they ready to disarm their security systems and leave their doors open for MS-13 gang members and others to simply walk in? Are they ready to give up their gun permits, turn in their guns, and get rid of their bodyguards (who, by the way, carry guns)? I didn’t think so! How hypocritical! Stop listening to these idiots!