IF YOU WERE IN CONTROL OF CONGRESS, HOW WOULD YOU REFORM THE VOTING PROCESS?

Would you require everyone to show proper ID to vote?
Every American citizen is required to have a picture ID to enjoy the privileges of driving a car, cashing a check at the bank, buying alcohol or firearms, etc. Doesn’t it only make Common Sense that every American citizen also be required to present proper identification for the privilege to vote? 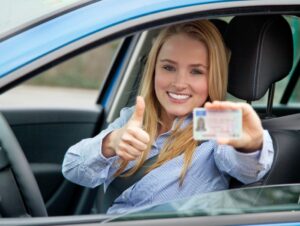 To provide transparency in the election process and to prevent voter fraud, we need to start on the local level. Along with providing proper identification, we should require all polling locations to provide their local results to their county officials, the state, the federal government, each political party, and the media.

Would you consider automating the voting process so that more citizens become involved?
With careful auditing, we could even bring our election process into the 21st century. A two-part voter identification and verification system would be installed to ensure that the person casting the ballot is truly who they say they are and is entitled to cast their vote for the candidate. We might want to even consider adding facial recognition. A cross-check system would also be put into place to prevent someone from voting multiple times.

By making the process easy, more Americans will participate in the affairs of their government. We simply watch and listen to the candidates’ views on TV and/or on the National Campaign Information Website (NCIW), then cast our ballots. We would be able to vote directly on the NCIW website, over the phone, or through a special app on our mobile devices. Those without access to a phone or a computer could gain access and vote at any public library.

To prevent hacking, a three-part audit system would be put into place.

All three systems would be carefully monitored by representatives from both political parties. 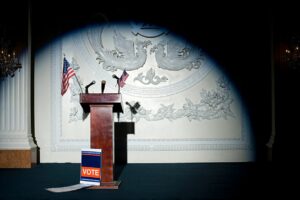 Here are some other ideas we should consider: