IF YOU WERE IN CONTROL OF CONGRESS, HOW WOULD YOU REFORM OUR TAX SYSTEM? 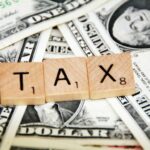 Under our current taxation system, we the American people contribute slightly over $3.2 trillion a year to the federal government to cover the services they provide, but that’s still not enough. They spend over $3.8 trillion. Hasn’t Congress ever heard of a budget? They’re over-spending by more than $600 billion a year, and they’ve amassed over $27 trillion in taxpayer debt - and it’s still growing. It’s the American taxpayers who now have to pay this debt back, thanks to Congress!

How are we going to pay it back? Even if we set up a 30-year mortgage at 1%, our payments are going to be over $1 Trillion a year and the interest over the 30 years is going to be over $3 trillion. It’s time to stop the INSANITY! Here’s a famous quote from the movie, Network: “I’m as mad as hell, and I’m not going to take this anymore!” How about you?

As to taxes, who do they think they’re fooling trying to disguise local taxes as licenses, stickers, tolls, etc.? If it generates revenue for the government, it’s a tax. It’s time we overhaul and simplify our taxation system and eliminate 70,000 pages of tax code. It’s time we call for all taxes (including all fees and licenses) to be abolished, except for municipal, county, and state sales taxes, and our state and federal income taxes. 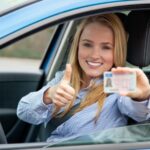 Why do we have to pay property taxes, personal property taxes, death taxes, inheritance taxes, luxury taxes, sin taxes, fees to park, fees to cross bridges, fees to drive on certain highways, hunting licenses, fishing licenses, business licenses, marriage licenses, driver’s licenses, boat licenses, auto tags, etc.? Did you or anyone you know give our elected officials permission to put these taxes into effect? Why are they there? Whatever they want to call them, these taxes need to be permanently revoked. There needs to be a Constitutional Amendment banning them forever.

I think it’s time we require our managers in Congress to run a cost-analysis report for the American taxpayers. It’s time they show the American people how much we could save in taxes annually if we stop the waste, get rid of the corruption, and downsize our 4 million federal employee workforce. The larger our government grows, the more revenue they need; thus, the more we the American taxpayers are going to have to contribute (in the form of higher taxes). We should look seriously at ways to drastically reduce federal and state spending, ways to downsize our federal and state governments, and ways to keep more and more of our hard-earned tax dollars in our pockets!

We need to know what it will save the American taxpayers if Congress:

Wouldn’t it be nice if our tax system was simple; if there were no deductions or loopholes?

By the way, what the hell is the Federal Reserve and who the hell needs them? If we have any monies left over within a specific fund, that money should stay in that fund forever as a reserve for a rainy day. That’s what a Federal Reserve should be. Our government needs to stop the “spend it or lose it” mentality when it comes to a line item budget!

While we’re at it, let’s limit federal control! Let’s turn more power (and more programs) back over to the states who are much better equipped to handle their own local programs. Let’s decrease the percentage of our income that we send to the federal government and increase the percentage we send to our state and local governments. Let the states control their own revenue, not the federal government. If states need or want more revenue, let them offer their own tax incentives to attract more businesses and residents to their state. 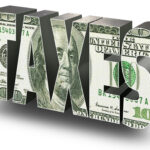 Would you convert to a fair tax system?
Do you pay federal taxes? Wouldn’t it be nice if our tax system was simple; if there were no deductions or loopholes? Wouldn’t it be nice if everyone paid their fair share; if everyone actually paid taxes? I bet you didn’t know that 46.4% of all American households pay no federal taxes at all, and that 18.1% don’t contribute to Social Security or Medicare either.

Something is terribly wrong in Washington. Think of the revenue our government would have to spend if everyone paid their fair share. If you’re one of the 53.6% who do pay federal taxes, demand that Congress scrap the current tax code and implement a new and fair tax code!

Furthermore, shouldn’t a person not be allowed to draw from our tax system (be handed our hard-earned taxpayer dollars), until after they at least become an American citizen and actually start paying taxes into the system? I think we can all agree that our current tax system isn’t fair and needs to be replaced – NOW!

It’s time we stop the battle between the haves and the have-nots. It’s time we stop begrudging those who work hard and are successful. Let’s once again encourage every American to dream, and to dream big. Work harder, make more money, pay more taxes - it’s that simple.

I want Wall Street and big oil to work harder and build our economy stronger. I want them to make lots of money, as long as they have zero tax deductions, and as long as they pay the same percentage that you and I and all of the other taxpayers pay. The more money they make, the more tax money they put into the pot, and the less tax money you and I have to contribute! 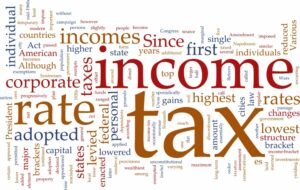 Would you establish a base individual and family income level?
Here are some examples of how our new fair tax system would work. Let’s say that we, the American people, decide to contribute 20% of our income in the form of federal and state income taxes. Under the fair tax system, a family would not pay taxes on their first $40,000 earned.

Let’s say the American people also commit to a 10% combined municipal, county, and state sales tax (with an exemption on all healthy/nutritious food products). If I can afford to purchase a new $60,000 car or boat while someone less fortunate can only afford to purchase a used $20,000 car or boat, that’s okay. I don’t mind paying $6,000 in sales tax compared to their paying only $2,000. If someone more fortunate can afford to purchase a $5,000,000 yacht, guess what? They can also afford to pay the required $500,000 in sales tax. Those who make more money and/or spend more money should contribute more, and they will, but everyone needs to pay the same percentage! Now this is fair taxation!

Would you tell our managers what percentage of our hard-earned money we the people are willing to contribute and for what services?
To determine what percentages to use, our federal government needs to identify all the critical services they feel they should provide their taxpaying citizens. Our managers in Congress then need to present to the American people what they feel is a reasonable amount of revenue needed each year to provide those critical services. In other words, they need to draft up a preliminary budget. They need to remember to add in the $1 Trillion that is now needed annually to pay off our $27 trillion national debt (mortgage) over the next 30 years.

Armed with real numbers to work with, they can easily determine the percentage (3%, 5%, 8%, 10%, 12%, 15%, etc.) that they feel each American taxpayer should contribute annually. If the percentage is higher that the American people feel is reasonable, then Congress will have to go back to the drawing board. They will need to trim the budget to match the percentage that We the People choose to contribute towards those federal services that we feel we need (and to pay off the national debt). They will have to trim the pork, get rid of the corruption, and give those programs that belong with the states back to the states. In other words, they’ll have to finally sit down, work together as Democrats and Republicans, and do their damn jobs.

The same goes for our municipal, county, and state governments. Our local and state managers need to tell us what they feel is a proper percentage for each American taxpayer to contribute annually (1%, 3%, 5%, 7%, etc.) for the services they provide. 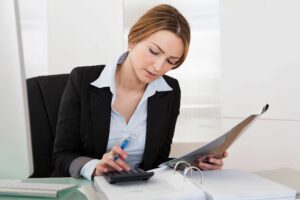 o help both the state and federal governments come up with real and accurate tax percentages, how about we send all of our managers back to their home states to meet with their governors and other state officials for a couple of weeks and crunch some numbers. Once it’s decided what programs are being shifted back to the states, it will be easy for our state managers to work up a budget. Once they have a budget in hand, they can play with the numbers and adjust the state income tax and state sales tax percentages to accomplish the results needed.

As states take on more of the programs currently operated or subsidized by the federal government, their budgets are going to increase, which means their state income tax and/or state sales tax percentages will need to also increase. However, at the same time, since the federal government is downsizing and will no longer be providing these services or subsides, they will require far less revenue; thus, our federal income tax percentages will drastically decrease.

Would you require Congress to operate within a budget?
Once federal and state percentages are determined and approved by the American people, they are to be locked in by a Constitutional Amendment, so that neither 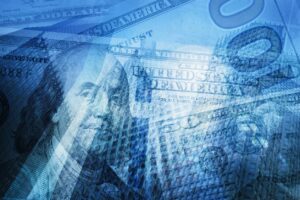 Congress nor the states can increase them without the approval of the American people (by popular vote). We should also demand that Congress pass a Constitutional Amendment that requires both the state and federal government to work under a balanced budget every year. By getting rid of redundant agencies, streamlining programs, getting everyone off entitlements and into our volunteer worker program, making our penal systems more self-supportive, and basically trimming all of the pork out of everything, we the taxpayers could see more money left in our paychecks than we could ever imagine.

Here’s an option presented by Mike Huckabee, governor of Arkansas, during the 2016 presidential debates. His plan calls for abolishing both the IRS and income tax in their entirety in favor of a national sales tax. It requires no reporting of income, no record keeping, and no tax forms. You make the money and you keep all of it. You only pay taxes on what you purchase. As he states, the government has no business knowing what an individual makes, and this is the only plan that guarantees that drug dealers, criminals, illegal immigrants, and anyone else operating in the underground economy pay their fair share of taxes. There is no mention what the tax rate would be.

I’m okay with a national sales tax, but only if the tax rate is reasonable. We could even build a hybrid system where we contribute to both programs; where we pay an extremely low percentage in state and federal income tax (on income over the $20,000/$40,000 level); and we pay a reasonable state and federal sales tax on purchases. But We the People set the percentages, not our hired managers!