IF YOU WERE IN CONTROL OF CONGRESS, HOW WOULD YOU SUGGEST THEY REFORM OUR LEGISLATIVE PROCESS?

Would you ban political segregation?

When I speak of segregation in Congress, I’m not talking about racial segregation; I’m talking about political segregation. I’m talking about the separation of Republicans and Democrats, right down to their seating assignments. Did you know that in the Senate, the political right (Republicans) all sit together on the left side of the aisle, while the political left (Democrats) all sit together on the right side of the aisle. And in the House, where there is no assigned seating, guess where members of each party sit? They sit with their own party members. No wonder they can’t get along.

Democrats and Republicans need to be integrated. No more sitting on opposite sides of the aisle. They’re Americans for God’s sake; they work for the American people, not the political machines. Until people who are different sit together, work together, and interact with each other, they don’t really get to know or understand each other. They see each other as not just different, but sometimes as inferior, or even as a threat. Does this ring a bell? It’s real easy to misjudge a group simply because they have different views than ours. 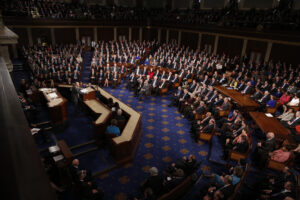 The time to desegregate Congress is now. Just as we continue to fight for racial and sexual equality, we need to fight for political equality in Congress. We’re all American first, then Democrat and Republican. Let’s start by rearranging the seating assignments in both the Senate and the House.

Would you take away their recesses and require that they put in at least 40 hours a week?
While we’re figuring out ways to fix Congress, let’s talk about their salaries, benefit packages, and working hours. At some point our managers (our elected officials on Capitol Hill) started setting their own salaries. They gave themselves the best medical plan, the best benefit and retirement plans, and they even cut back their hours. On average, they only work 16-24 hours (2-3 days) a week. If we do the math, even our junior congressmen receive a minimum wage of $140-$210 an hour ($174,000 per year). 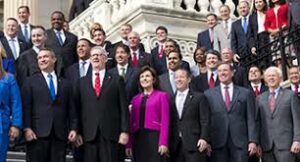 Something’s wrong with this picture. Our managers work for us, yet they are somehow allowed to decide their own salaries and benefits packages as well as when they work.

Something’s wrong with this picture. Our managers work for us, yet they are somehow allowed to decide their own salaries and benefits packages as well as when they work. Does this make sense to you? Me either. Can you set your salary and your benefits package at your company? Can you retire with benefits after a few years? Can you take off for recess whenever you want, or simply not show up for work? I don’t think so! No wonder they never get anything done.

Enough abuse of power and position; enough acting as if there’s no one to report and answer to! They answer to the American people. Maybe it’s time We The People start telling them what we think is a fair salary and benefits package and how many hours we expect them to work in a given week.

Maybe it’s time they start doing their jobs. Maybe it’s time they roll up their sleeves and fix the mess they and their predecessors have us in! I, for one, feel that if they want to keep their jobs, they should be sequestered in chambers and not allowed out until they get things fixed! We’ll send in some pizza and beer and even some pulled pork sandwiches.

Pulled pork is good; however, the pork (earmarks) that have been added into the thousands and thousands of pieces of legislation passed on Capitol Hill over the years has to go. It’s costing the taxpayers billions of dollars each and every year. 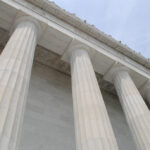 We have to quit talking about problems and start solving them. Once we get the right people in Congress, we can start addressing all of the issues, but first we need to fire and replace a few hundred managers. There’s still time to take back our government, take back our country, and take it back in a peaceful manner at the voting polls.