IF YOU WERE IN CONTROL OF CONGRESS, HOW WOULD YOU REFORM OUR REFUGEE POLICY?

Would you first identify and address the problems that are causing people to flee their homes in the first place; be it famine, civil war, or invasion? Wouldn’t preventing the exodus be more logical that dealing with it after the fact? It doesn’t make sense to fly them thousands of miles to a strange land, when they don’t speak our language or know anything about our culture; when they have no means to provide for themselves or their families. 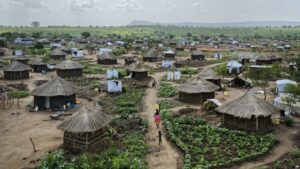 Here are some of the problems we face when we take in refugees from other countries.

Let’s now address refugees from countries that produce or support terrorism; countries that hate America. Our previous president allowed 10,000 refugees to enter into our country, and Hillary Clinton wanted to bring in 65,000 more. 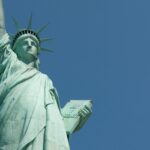 Let’s analyze some numbers. Let’s assume that 99.9% of the 65,000 refugees are not terrorists, and they love America and all the entitlements we have to offer. That leaves one-tenth of 1% (65 terrorists) who want to destroy America and our way of life; 65 terrorists who want to blow up our bridges, our buildings, and innocent American men, women, and children, in the name of their god.

It is totally insane to welcome anyone from a country that produces or supports terrorists. Why in hell would we want to take a chance by allowing these individuals to set one foot on American soil? We can vet these individuals until the cows come home, but some will slip through the system.

Would you first identify and address the problems that are causing people to flee their homes in the first place; be it famine, civil war, or invasion?
We, as Americans, are a caring and compassionate people, so what do we do? How do we help refugees from these war-torn countries? We help them by stopping all of the atrocities that are happening all around the world. We fix the problems that cause these individuals to flee their homes in the first place; we fix the problems that create refugees. How do we fix the problems? We empower all of the nations of the world to become protectors of freedom around the world, not just the United States. In other words, we redefine the role of the United Nations. 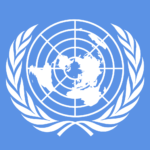 We call for a resolution that states the following:

While addressing the concerns of both parties, and while trying to control the fighting, we will establish a safe zone (safe haven) for those fleeing the fighting and the persecution. The safe zone should be located within the boundaries of their own country. The refugees will be given full protection by the United Nations, and will be provided all humanitarian services. The refugees will also be provided full protection while en route to the safe zone. If their government chooses not to abide by international law, the full force of the world will come down upon them. 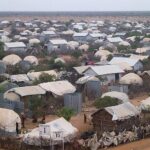 Once the problems are resolved (and they will be resolved one way or another), the refugees will be able to return to their own homes, if they choose. If not, we will teach them the skills needed to rebuild their lives there in the safe zone. At least they will be together with family and friends in their own country.

In some situations, where there’s no chance of different factions ever getting along; where fighting has been going on for hundreds of years, the United Nations may have to be a little creative. They might have to make some tough decisions. They may even have to break a country into sections to guarantee the people of that country a lasting peace.