IF YOU WERE IN CONTROL OF CONGRESS, HOW WOULD YOU SUGGEST THEY REFORM OUR HEALTHCARE PROGRAM?

The Affordable Healthcare Act has caused healthcare to become anything but affordable. Numerous insurance providers have pulled out, thus reducing competition not only in the public, but also in the private sector. This in turn has caused premiums for most Americans to skyrocket. Young Americans who are healthy are the ones who are forced to subsidize the cost of treatment for those with chronic health problems related to smoking, excessive drinking, drugs, obesity, and other poor lifestyle choices.

Hasn’t Congress learned anything from their Social Security and government retirement plan debacles? You can’t put a program in place that is unsustainable. We can’t kick any more cans down the road. No more Ponzi or pyramid schemes!

Would you start by focusing on preventive healthcare rather than treatment?
Here’s how we save big on healthcare in the long-term, which is what we really should be focused on. Let’s use some Common Sense. Let’s help Americans get and stay healthy so we don’t have to waste taxpayer’s hard-earned money on the treatment of preventable diseases! 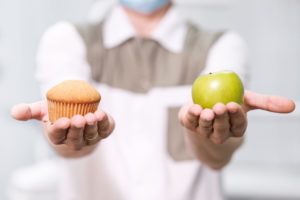 Three hundred thousand Americans die each year due to obesity; another 570,000 due to alcohol, tobacco, and drugs! We need to start focusing on prevention. We can start the needle moving in the right direction by offering only healthy food choices in our taxpayer-owned school cafeterias, and in every other cafeteria that is located on government (American taxpayer) property. We remove all the junk food out of these facilities, and if the kids don’t like healthy food, that’s fine; let them pack their own unhealthy lunches and snacks. Let’s start teaching them about healthy choices early on, and continue the process into adulthood! The same goes for government employees!

Wake up America! We have some severe healthcare problems that need to be addressed, especially obesity! Everyone tries to skirt the issue. Big is beautiful. Yes, but big is also unhealthy. If the taxpayer is expected to cover the cost for healthcare, then we’re entitled to have a strong say in the early and continued prevention of healthcare problems.

We need to set aside at least one class period each week in all grades (1st-12th) to teach different social, personal, and fiscal responsibilities and skills, along with health and fitness. Students would not only learn how to get healthy and stay healthy, but they would be better equipped to move into adulthood, and better equipped to succeed in life. 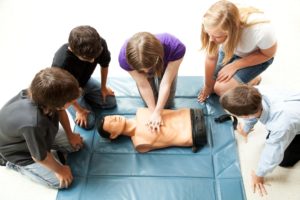 Teaching our students how to balance a checkbook, how to balance a budget, how to interview for a job, how to exercise, how to eat healthy, and other life skills will do nothing but good for all of America! As far as healthcare goes, this is one of the smartest ways we could invest our taxpayer dollars. The healthier we get America, the less money we’ll need to spend on healthcare. The less money we spend on healthcare, the more taxpayer dollars we all get to keep in our paychecks.

Would you develop a sustainable plan to lower medical costs?
Every cost associated with healthcare is outrageous, whether it be the high cost of malpractice insurance for physicians, doctor visits, procedures, nursing, hospital stays, hospital equipment, prescriptions, everything! To reduce these costs, we need competition in all areas! To get the cost of malpractice insurance down, we may need to set some realistic limits on litigation. We definitely need to find better ways to weed out those in the medical field that are unqualified. We also need to find ways to get insurance companies to actually compete against each other, rather than playing leap frog with price fixing.

Would you create more competition in all areas of healthcare with more doctors, more nurses, and more medical facilities?
To reduce the costs of services rendered, we need more doctors, nurses, nursing homes, and hospitals. Competition drives costs down. One of the things I suggested in my discussion on free college education was that if the American taxpayers are going to pay for someone’s college education, we should pay to get more people in the medical field. Let’s flood the medical field with quality doctors and nurses. Let’s encourage the building of smaller medical facilities with lower overhead. This is how we drive down the cost of services. 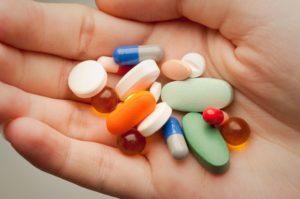 Now let’s talk about prescription drugs. This industry is totally out of control! People are dying because they can’t afford life-saving drugs due to the greed of pharmaceutical companies. We have to get prices down whatever it takes. We have to find ways to open up the market to create more competition. We may need to change the way we deal with medical and pharmaceutical patents.

Instead of awarding a company exclusive rights to manufacture a specific drug, we may want to change the patent laws to allow all FDA-approved facilities to manufacture the drug. The company that does the research and comes up with the patent would receive a fixed 10% royalty on all sales from each and every manufacturing facility.

By having all companies compete, the cost of pharmaceuticals would drop drastically. More people would be able to afford their meds, and less people would die. Enough greed! It’s time for the pharmaceutical companies to check their moral compasses! Their main priority should be to provide affordable medicine to the sick, wouldn’t you think?

Our managers on Capitol Hill are supposed to be fighting a war on drugs. If so, they’re losing the battle. They need to take their fight, not only to the streets, but to pharmaceutical companies and medical professionals. In 2016, more than 64,000 American citizens died from drug overdoses. Legal drugs kill as many people each year as illegal drugs.

It’s time we do a better job regulating these controlled substances. It’s time we really crack down on the over-prescribing of painkillers and mood altering drugs. It’s time we lock up and throw away the key on any and all medical personnel who are making a profit from the distribution of these so-called “legal drugs”. 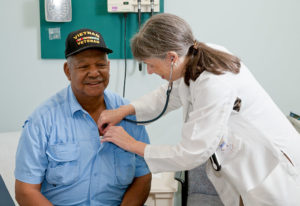 And let’s not forget about our veterans. It’s time to get rid of veteran hospitals and issue every veteran a special “veteran medical card”, an insurance card accepted by any doctor, any pharmacy, and at any medical center. Benefits would start when a soldier is discharged and would be valid for the same number of years that the soldier served their country. If they served their country for four years, the card would be valid for four years from the date of their discharge. If they served 20 years, the card would be valid for 20 years from the date of their discharge, etc. The veteran medical card would have no expiration date for the treatment of any injuries sustained during the service of our country, either physical or psychological.