IF YOU WERE IN CONTROL OF CONGRESS, HOW WOULD YOU STOP OUR DRUG EPIDEMIC? 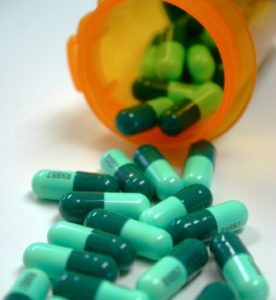 Would you first secure our borders and then further cut off the supply of drugs by taking the war on drugs to the cartels’ home turf?
It doesn’t matter whether you love or hate our current president; his stand on securing the border makes Common Sense. We have to stop the flow of drugs into our country and we have to stop it now! We have a drug epidemic, and since the overwhelming majority of drugs are coming in from south of the border, it might be smart to seal the border, don’t you think?

It begs the question that if our managers on Capitol Hill really want to win the war on drugs, why are so many of them opposed to the idea of securing our borders (building a wall) and stopping the flow of drugs into our country? Is it because they’ve found an easy way to stay in power election after election? Is it because they know that if they keep their constituents impoverished (especially those in inner cities), they can simply trade welfare for votes?

All Americans everywhere should be deeply offended (especially those who are impoverished) at what the political machines in Washington are doing! It seems as though welfare for votes has become their new slogan! The hell with those in poverty; the hell with reducing crime, providing jobs, providing opportunities, providing hope; and the hell with the American taxpayers who have to pay for the entitlement programs.

If we’re ever going to stop the flow of this poison into our country, our managers in Washington need to listen to the American people and immediately move forward with securing our borders! They need to go after the big fish if they really want to win the war on drugs. They know where the drugs are coming from; they know who runs the cartels; they know where they live; and they even know where every one of their poppy (opium) fields are. 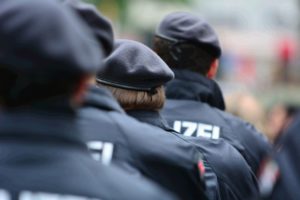 Why have they not taken the fight to their turf? How about we drop warning flyers on all their poppy fields and give all of their workers one hour to evacuate? Once we get the all-clear, we call in air strikes and incinerate all of the poppy crops. This should send a strong message to the drug lords to retire and invest their money in another line of business.

If that doesn’t work, next we drop warning flyers on their villas, give them one hour to evacuate, and then level their villas! If they still don’t get the message, then we send our SEAL teams in to sink their yachts and hunt down and capture each and every one of them! We end this crap once and for all. This is how you wage and win a war on drugs! Congress also needs to put forth legislation that doubles, or even triples, the penalty for any police officer, DEA agent, border patrol agent, or other trusted government official who is involved in drug trafficking in any way!

Would you then take the war on drugs to the streets of all our inner cities?
While we’re at it, it’s time to clean up our inner cities, one block and one city at a time. Here’s how we do it. We recruit a few hundred former Army Rangers and Navy SEALs into local law enforcement. We then place them in a special anti-drug task force and send them into the streets of one of our major crime-ridden cities – like Baltimore – to fight crime. They’ll throw a net around the entire city and go block-by-block rounding up drug dealers and gang members.

Community leaders will follow the task force, block-by-block, starting revitalization projects. Drug rehabilitation centers will be set up to help all the addicts get clean and get their lives back together. The anti-drug task force will then head to Chicago to clean up that city, then on to New York, LA, and Detroit, city by city, until we once again have our streets and our lives back.

Would you increase the penalties for drug-trafficking, especially by members of law enforcement and members of our medical communities?
Finally, we need to crack down on the control of prescription drugs, especially painkillers. We need to limit their prescription. We also need to identify any and all medical professionals - doctors, pharmacists, nurses, etc. - who are involved in the over-prescribing or illegal sale of these legal drugs. Once identified, we toss their asses in jail and throw away the keys! Last year, more Americans died of drug overdoses than died in the entire Vietnam War (59,000-65,000). Opioids accounted for more than half of the deaths!