A special thank you to all of our good managers up on Capitol Hill!

I would like to address all of our good managers on Capitol Hill. Thanks for your service.
I would like to personally apologize to you on behalf of the American people for letting you down. We’ve set back on our hands and expected you to take on the political machines in Washington, all by yourselves. It’s an impossible task. You’re totally outnumbered. It’s time we get involved and send you some reinforcements. It’s time we do our jobs.

The days of the good ole boys running Washington, running our country, are now over. Pay for play is now over. Their political fraternity is no longer welcome on our campus. Those who refuse to do their jobs and serve the American people are going to be fired and replaced. We don’t need any more lawyers working for us on Capitol Hill. We need regular working people – business people, educators, non-politicians, and men and women of integrity - who will graciously serve our great country and work tirelessly to implement the changes needed to get us back on track, not simply make empty promises to get elected and then never follow through on those promises.

As elected officials, you work for the American people. You’re our managers, not our leaders. You were hired by us, your salaries are paid by us, and it’s about time all of you did the jobs you were hired to do: properly manage our country for us. To properly manage our country, you have to first be able to set up and work within a balanced budget.

It’s a crying shame what many of our managers, those who we have entrusted to represent us, have done and are continually doing to our great country. Most of our managers (past and present) should be brought up on embezzlement charges or at the very least mismanagement of funds. Forcefully collecting and spending $2.4 trillion of our hard earned money each year (in the form of taxes) is bad enough, but borrowing and wasting an additional $1.4 -2.0 trillion more each year is criminal. Your predecessors, and some of your current colleagues, have been doing this year after year to the tune of over $27 trillion, and now you want us to allow you to raise your credit limit again. 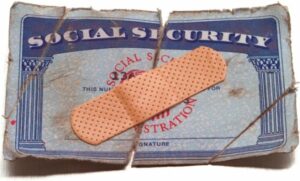 As if a $27 trillion national debt weren’t bad enough, let’s talk about the Ponzi scheme called social security. Bernie Madoff’s Ponzi scheme was nothing compared to what your colleagues in Congress have done to social security. The Lord only knows how many tens of trillions of dollars have been diverted (stolen) from our Social Security account to fund other programs. How about giving the American people total transparency? How much has been paid in and paid out of Social Security since its inception? What is really left in the fund? What has been stolen and needs to be repaid?

If you’re one of our managers (Democrat or Republican) who really cares about America, then it’s time for you to finally stand up, turn around, and point your finger at those (even in your own party) who aren’t doing their jobs. It’s time you identify all of the individuals who shouldn’t be there: the corrupt, self-serving politicians who are standing in the way of you doing what you were elected to do. 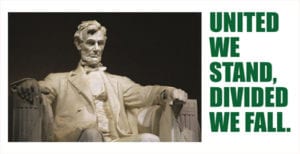 Tell us which Democrats and which Republicans should be voted out of office. Don’t be afraid of pointing them out and telling America why you feel they should be fired. It’s time you stopped worrying about being loyal to your political party or to the special interest groups that got you there, or even about getting re-elected. It’s time you simply did what you were hired to do: serve the interests of the American people.

It’s time to take a close look at all the major problems our country faces and come up with some Common Sense solutions. Take a look at the solutions we present and then either implement them, or come up with a better solution - the optimum word here is solution. All we want are the problems fixed. Tell us you have Common Sense; that you know how to fix the problems. Show us you’re one of the good guys. If we can’t tell the good guys from the bad guys, we’ll have no other alternative but to fire everyone, to roll the dice and hire 535 new managers to run our country for us.

And while we’re at it, let’s have our managers break up into groups and play the “What Would I Do?” game.
We have 100 managers working for us in the Senate and 20 problems (100 Senators divided by 20 problems = 5 Senators per problem). Once seating assignments have been drawn, take those Senators who drew numbers 1-5 and assign them to Labor Reform. Take the Senators who drew numbers 6-10 and assign them to Entitlement Reform; assign those who drew 11-15 to Budget Reform, etc. Have them evaluate our solutions and come up with even better Common Sense solutions for each of the problems.

Do the same for our 435 managers in the House (435 representatives divided by 20 problems = approximately 22 representatives per problem). Assign those Representatives who drew numbers 1-22 also to Labor Reform, etc. Pull them back in from recess and put them to work. I think if they know they can go home when they’re finished, they should wrap things up in a matter of days. Compare the Common Sense solutions the Senate came up with to the Common Sense solutions the House came up with and take a vote. See, it’s not that hard to actually fix problems if you just use some good old fashioned Common Sense. 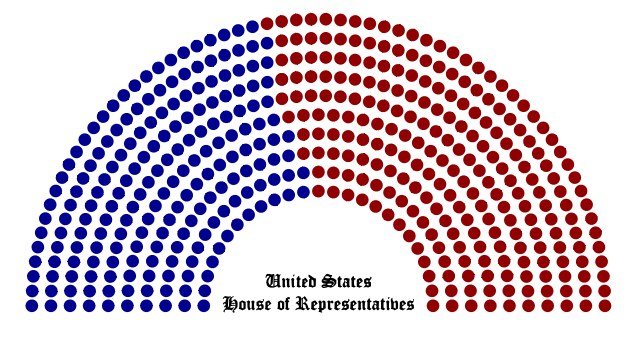 Here’s an idea to integrate Democrats and Republicans in both houses. Let’s randomly assign seats in the Senate using the following Common Sense process: 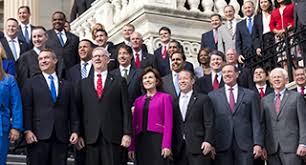