IF YOU WERE IN CONTROL OF CONGRESS, HOW WOULD YOU REFORM THE UNITED NATIONS?

Would you draft a simple one-page resolution that you feel could create world peace and ask all of the major powers to sign it? In the resolution:

If the people of the world had an extra $1.7 trillion a year, how would they spend it?
Would they use the money to feed the hungry and provide shelter for those without homes? Would it help with education? How about healthcare? Would it help build roads and repair deteriorating infrastructure? That’s the amount of money the nations of the world spend each year on their militaries. 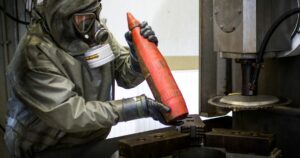 Guess who spends the most? The U.S. spends somewhere between $700 and $900 billion a year. This is INSANE! No wonder we’re in debt over $27 trillion. Think of what the American people could do with an extra $700-900 billion a year! We might even be able to pay off our national debt over the next 30-40 years.

Do we really need more nukes?
Are we really afraid of another country invading us, or do our leaders simply want more power? I think we should be more afraid of the major powers eventually getting into a nuclear conflict with each other that would end up destroying the entire world. I think it’s time we find a way to develop world peace before that actually happens. If we’re successful, we’ll save all of the money that we currently waste on national defense and as a bonus, we might even save our planet. You never know what you can accomplish unless you try.

We need to start looking at our country, our world, our selves, and those around us much differently. We live in one world, a world where we all need to peacefully co-exist, and the key word here is peacefully. We need to stop the fighting, especially over past territory. Most land, at one point or another in history, belonged to someone else; some other group of people; some other country. The only way to stop the disputes and the fighting is to draw lines in the sand right now and lock in all borders. As one world, we also need to establish some simple Common Sense rules to operate under, and then as one world, we need to enforce those rules! 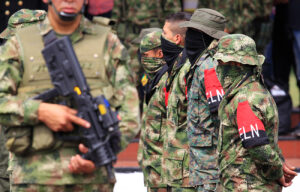 The United Nations in its current state is non-effective, especially in stopping terrorism, genocide, or the threat of rogue nations getting and using nukes. If we really want to secure world peace and avoid destroying mankind, things have to change. The top world powers have to unite.

We need to put some teeth in the United Nations. We need to enforce some simple rules, the most important being banning the development of any more nuclear weapons globally. I don’t think we need to worry about keeping the balance of power in check between ourselves, Russia, and China. Any one of the three major powers can destroy this world many times over.

We can disagree on many things, but the U.S., Russia, China, and the European nations must work together to:

We need to draft a simple one-page U.N. directive/treaty to be signed by all countries that states the following:

We need to identify any and all countries that promote and sponsor terrorism, and we need to take whatever means necessary to strongly encourage those countries to take care of the radical extremists within their borders. If they choose not to take action, the World Peace Force will. The United Nations will eradicate the radicals for them and send them the bill for their services. End of discussion!

Violate any of the above directives, and the power of the entire world will come down upon your country. Not a bad deterrent, right? United we stand; divided we fall. This is just as true for the nations of the world as it is for the American people!

And when it comes to financing and providing personnel, everyone involved in the United Nations should contribute proportionally, based upon the size and strength of their economies. If not, then they’re on their own.