IF YOU WERE IN CONTROL OF CONGRESS, HOW WOULD YOU REFORM OUR LABOR PROGRAMS?

Would you come up with a way to provide work for every able-bodied American citizen?
If need be, would you think outside the box? Would you consider reducing the American work-week from 40 hours to 36 hours, so that everyone has a job, and no one is on unemployment? Our Congress needs to wake up and start doing their jobs! If they really want to help the underprivileged, they can help them by providing jobs, not food stamps!

Would you consider reducing the American work-week from 40 hours to 36 hours?
Here’s a simple mathematical formula that Congress should use to balance America’s labor force: 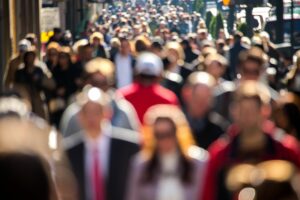 When this equation is in balance, there is no unemployment! You’ve probably guessed by now that this equation is definitely not in balance, since we’re still paying out over $100 billion a year to those not working. Why isn’t it in balance? For one reason, our population keeps increasing every year (lately due to increased immigration). So to keep things in balance and everyone employed, we have to either generate more available work or decrease our work-week hours.

Let’s now talk about the other variable in the equation: available work. Due to advancements in technology, we lose more and more jobs every year. Computers and robotics keep putting more and more people out of work. According to Uber’s CEO, self-driving vehicles (including tractor trailers) will start hitting the roads in late 2018. This will start putting not only truck drivers, but cabbies, and even Uber’s own drivers out of work in the upcoming years. And let’s not forget, jobs still continue to go overseas where the cost of labor is much cheaper.

For a society to keep all of its citizens employed, their work week hours must be in balance with their society’s population and with the amount of work available within their society! 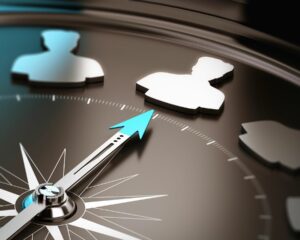 Lowering corporate taxes helped the “available work” part of the equation slightly, but not near enough to bring the equation back into balance. And on the “population” side of the equation, things just keep getting worse. What are our managers in Congress thinking? Open borders? Open immigration? Hey guys, that’s the wrong direction. Just look at the damn formula! You should be promoting a zero increase in population. Duh! Build the damn wall and put the brakes on immigration until you can balance our workforce.

If we adjust our normal work week, we can free up enough hours to put every able-bodied American citizen back to work! The more bodies in the workforce, the less hours everyone has to work each week.

It makes Common Sense to balance our workforce

Please Share:Share on FacebookShare on TwitterShare on PinterestShare on LinkedInShare on Email If a company with 40 employees needs 1,600 man-hours of work done each week, they would need each of their 40 employees to put in a 40-hour work-week, correct? This balances the labor force. 40 employees x 40 hours each = 1,600 work-hours What would happen if they lost 10% of their normal business, requiring them to cut…

If we provide everyone with an opportunity to work, we also eliminate the cost to taxpayers to administrate and fund our current unemployment program. Everyone is entitled to a job; however, no able-bodied person is entitled to sit back on their ass, not work, and receive someone else’s hard-earned money. It’s time we adopt a 36-hour work-week, put every able-bodied American back to work, and shut down our unemployment program.

By using some Common Sense and some simple math, we can put 13.9 million Americans back to work immediately by simply switching to a 36-hour work week (10% reduction). One question you may ask is: “Wouldn’t everyone’s salary be cut by 10%?”. Not if we do things the right way. We all know that the larger our government grows, the more tax revenue they need/demand. The opposite also holds true: the smaller our government becomes, the less taxes they need, and the more money we all get to keep in our paychecks!

By downsizing our federal government, cutting out the waste and corruption, and trimming all the pork out of every piece of legislation, our taxes would drop drastically. We start by shutting down our unemployment program. We’ll save well over $100 billion each and every year (the money jobless Americans collect each year from unemployment benefits), not to mention the cost to administer the program. The administrative savings would go back into everyone’s paychecks in the form of reduced taxes. 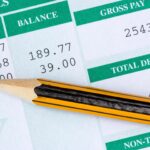 All unemployment insurance money, currently paid by employers, would be required to be added into their employees’ weekly paychecks. And with adding 13.9 million more bodies to our 125 million person work force, we add 11% more taxpayers. With increased tax revenue from an additional 13.9 million taxpayers, and with all of the other combined federal and state tax savings, we could easily end up with the same money in our paychecks.

Here’s the math at 30 hours per week = over 41 million jobs created!

With that being said, how would you like a 36-hour work week? How would you like shorter days? How about a Monday through Thursday, 9-hour-per-day work week? Doesn’t a 3-day weekend sound great? Wouldn’t you like more free time to spend with your family and friends? Doesn’t it make Common Sense that the further we advance technologically as a society, the better life we should have, and the less hours we all should have to work?

What would be the disadvantage of a shortened 30-36 hour work week?

Congress needs to stop passing legislation that shuts down entire industries without first going into the area and figuring out what the total economic impact will be. We need to then devise a plan to replace that industry and all those jobs with another industry. We’ve got to stop putting everyone on welfare. It doesn’t help the welfare recipients or the taxpayers who are footing the bill to force people into poverty. Look at any region or city where there’s little or no opportunity, and you’ll find poverty, drugs, and crime.