How do we Make Congress Functional Again and in turn fix America?

First, we need to remind all members of Congress that they’re not in charge, we are.
Next, we need to remind ourselves that since this is our America, it is our responsibility to hire (vote into office) the right managers. It’s time we take our responsibilities more seriously! Let’s change the way the political game is played. Let’s win back Congress and in turn win back America! 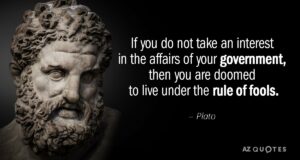 It’s time we take an interest in the affairs of our government. Five hundred thirty-five members of Congress were hired by the people to do a job, and it’s about damn time they started doing what they were hired to do. Again, we hired them, and we can fire them! It’s that simple. They fix the problems, or come election time, we vote someone else in who will.

Candidates are notorious for evading the issues and telling one group one thing and another group something different: whatever it takes to get and stay in office. That’s why nothing ever gets done and Congress’s approval rating is at an all-time low of 13%. Things need to change and We the People are the only ones who can make change happen.

Congress’s approval rating is at an all-time low.

If We the People - 225 million taxpaying American voters strong - stop fighting each other and unite, we can drain the swamp. We do have a few honest members in Congress who actually care about our great country, but there are far too many who only care about themselves. Those hard-working representatives who are honest need our help, and it’s time we do our jobs and send them the help they need. It’s time to replace a hundred or so of their Harvard colleagues with some Common Sense businessmen and women who know how to balance a budget and who actually want to make America better. Only after totally rebuilding Congress can we truly start rebuilding our great nation.

While draining the swamp and replacing the swamp creatures with Common Sense Americans sounds great, how do we know who to fire and who to replace them with? Won’t the replacements be just as bad, or become just as bad, once in office? No, not if we do our jobs and hire the right people.

Number of taxpaying voters in America

Since every penny the government uses to operate on belongs to the 225 million American taxpayers, we need to realize that this makes each of us a joint stockholder/joint owner of this great country. There’s an old saying: “the ones with the money are the ones in charge”. That makes us, the American people, the ones in charge.

It’s time we hire the

right managers and start running our country like a business. To make a more informed hiring decision, we need to know more about those interviewing (campaigning) for the position. We need to know their position on budget reform, entitlement reform, labor reform, campaign reform, etc. Wouldn’t it be nice if we had a Congress that was made up of nothing but like-minded, hard-working Americans who could actually work together (both Democrats and Republicans) to fix the problems? We can, but we need every American to do their part to make this wish become a reality.

If they are not willing to do either, then they will not serve the American people in Congress. All of our problems can be fixed, but only when we have a 100% functioning Congress; a Congress made up of nothing but Common Sense hard-working Americans. 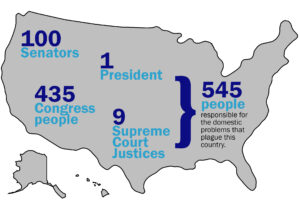 We challenge those in Congress, those who want to be in Congress, and every American, to offer a better, more fair, and more efficient solution to each of the major problems. All we want are the problems fixed! It doesn’t make Common Sense to address the same issues over and over, year after year, and never come up a definitive resolution to any of the problems.

How do we get our Democratic and Republican managers on Capitol Hill to join our movement and become Common Sense Democrats and Common Sense Republicans? 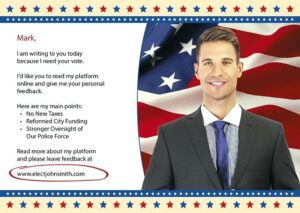 To stand up and declare their allegiance to the American people, to the American Common Sense Movement? To stand up and tell the American people exactly what their position is on each of the major issues? To pledge to enact legislation that will reform our campaigning process? To commit to building a centralized National Campaign Information Website (www.NCIW.gov), a place where every American can view the planks and platforms of every congressional candidate? Check out "DEMO" site www.NCIW.us.

It’s simple: peer pressure! Once one elected official or one candidate takes a stand, it will then put pressure on their opponent to also comply. When one candidate stands up in front of a microphone and starts talking about Common Sense solutions to each of the 20 different major problems, others will follow.

Talking about fixing Congress or America is quite boring, but I would rather be bored and get things fixed, than be entertained and never get anything accomplished.

It’s also time for the media (talk show hosts included) to do their part to help us fix Congress; help us fix America. It’s time they stop promoting sensationalism and division. It’s time they stop being part of the problem and start becoming part of the solution. It’s time they camp out on Capitol Hill and grab every member of Congress heading toward their Mercedes and ask them the hard questions; the boring questions, such as: What are you doing to fix the problems? Will you vote to enact budget reform, entitlement reform, labor reform, campaign reform, etc.? Are you going to start being a team player? Are you going to start being an American first, then a Democrat or Republican?

Ask those candidates seeking office: If elected, will you initiate and/or support Common Sense legislation to fix the twenty major problems the American Common Sense Movement has identified? We can sure use all the help we can get to make an informed decision as to who we fire and who we hire to help us Make Congress Functional Again!