IF YOU WERE IN CONTROL OF CONGRESS, HOW WOULD YOU ADDRESS GUN CONTROL?

Would you take guns away from millions of law-abiding citizens?
That wouldn’t fix the problem. Ask Martin O’Malley, former governor of Maryland, how gun control is working in Baltimore. Ask Barack Obama, former senator from Illinois, how it’s working in Chicago. What will work is enforcing the laws we already have on the books. Let’s take away the guns from the “bad guys” and while we’re at it, the drugs too. Let’s take back our inner cities (block by block) from the drug dealers and the gangs and give them back to the American people. It’s time we liberate all of America, one city at a time, and let’s start with Baltimore or Chicago.

How about our elected officials focus their efforts on fixing the real problems?
If we want to reduce crime and really protect the American people, we need to focus on getting rid of drug dealers and gangs, rather than taking away guns from law-abiding citizens. The number of citizens killed each year by semi-automatic weapons pales in comparison to the more than 14,000 American citizens killed by the bad guys with Saturday night specials.

How about our elected officials stop trying to rewrite the Constitution; stop trying to take away our Second Amendment rights; our right to protect ourselves and our families from the bad guys with the guns?
The police can’t provide around-the-clock protection to each and every American citizen. The bad guys will always prey on the weak, the elderly, the helpless, and the unarmed; however, the bad guys will think twice before preying on armed American citizens! We might not always be able to protect ourselves or our families, or stop a terrorist attack or mass shooting by being armed, but we have no chance in hell if we’re unarmed!

Why allow those who work for us to tell us what type of weapons we can buy, carry, or use to protect ourselves? We should be allowed to protect ourselves with the pistols and rifles of our choice. Some of our elected officials must have a hidden agenda to be fighting so hard to take away our guns. One has to wonder why they want to disarm millions of honest, law-abiding citizens. They politicize things every time a bad person uses a gun to do bad things. 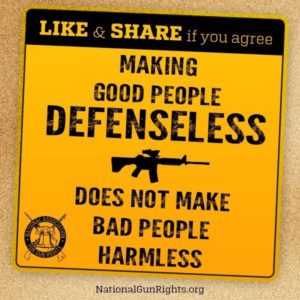 If they really want to stop thousands of gun-related murders, go into the inner cities and take guns away from criminals! One has to think, “Do our lawmakers really give a rat’s a** about “those” people?”. If we really want to reduce violent crime, we have to get rid of the drugs and the poverty, and to do so, we have to improve our education system and provide opportunity to our youth.

They tell us that we should not be allowed to own the same type of rifles that we provide to our military; what they call “weapons of war”. Why? Throughout history Americans have always owned the same weapons as our military/militias. When Samuel Colt sold the first six-shooters, they weren’t sold just to local sheriffs and the military. They were sold to all Americans.

When we transitioned from the single-shot flintlock and percussion rifles to the Winchester Model 1873 lever action repeater rifle, the average citizen wasn’t restricted from owning and carrying them either. And our managers on Capitol Hill want us to turn in our ARs and Glocks for muskets and six-shooters? Muskets were fine when everyone had muskets. Six-shooters were fine in the Wild West, but we live in the 21st century.

Would you take guns away from millions of law-abiding citizens?
In today’s world, with tens of millions of semi-automatic pistols and rifles (owned by law-abiding American citizens), I don’t think anyone should be told by the government that they have to give up their Second Amendment rights! Those managers on Capitol Hill who don’t like and respect our Constitution, shouldn’t be in office. Hell, they shouldn’t even be allowed to live in this great country! 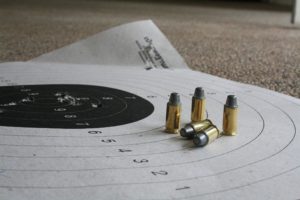 It wasn’t law-abiding American citizens who used these weapons of war to slaughter all the buffalo, starve and kill the Native Americans, and then steal their land – it was our military! Native Americans might have held onto their country, their freedoms, and their way of life, had they had comparable weapons of war, rather than just a bow and arrow!

And the same politicians who want to disarm us want our trust. I don’t think so! One has to ask why some of our elected officials want to disarm the 5-10 million law-abiding Americans that own AR-style rifles. Why did President Obama push for a U.N. Arms Trade Treaty that would have disarmed citizens around the world? What is the master plan?

Remember Nazi Germany, where gun registration was put into effect, followed by a law requiring citizens to voluntarily turn in weapons, followed by door-to-door confiscation? You know the rest of the story. Lesson learned! To justify taking away our guns, some of our politicians want to call our Constitution outdated. If we want to remain a free country, we must protect our Constitution and all of its amendments.

Even if you don’t own guns or even like guns, if a situation were to arise, wouldn’t it be nice if your neighbors with guns could help protect you? Police officers can deter crime, but they can’t be in all places at all times. Their main job is to catch criminals after the crime has been committed. I simply ask those who don’t own guns to allow those of us who do (and have been properly trained to use them), to exercise our Second Amendment right and keep them. You never know when America’s freedom fighters (the largest armed citizen group/militia/army in the world) might be called into service to protect America. Wouldn’t it be nice if we had our guns to accomplish the task?

As one of the more than 5 million law-abiding, gun-owning National Rifle Association (NRA) members, I thank NRA leaders for fighting for our Second Amendment rights. The NRA isn’t controlled by gun manufacturers, as some would have you believe. It’s made up of over 5 million law-abiding American citizens, like myself, who simply want to prevent our Second Amendment rights from being taken away. Bad guys will commit bad deeds with or without guns. 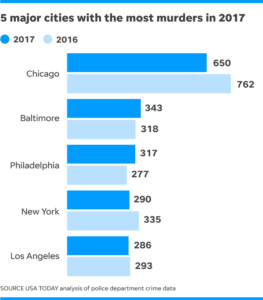 Ask former Maryland Governor Martin O’Malley how gun control is working in Maryland, especially in Baltimore City. Last year was the deadliest year in Baltimore’s history, with 343 homicides. Ask former President Obama how it’s working in Chicago. According to a USA Today article by A. Madhani on February 19, 2018, in 2016, shootings in Chicago rose by more than 88% and the murder rate rose by 72%. In 2017, there were 650 homicides in Chicago, almost double that of Baltimore!

Chicago is now #1 in the nation, with Baltimore in second place, and they have the strictest gun laws in the country. Guess which cities are next in line? Philadelphia, New York, and Los Angeles round out the top five deadliest cities. Do you see a pattern here? Bad guys can always get guns.

Criminals love it when law-abiding citizens in major American cities have no way to protect themselves. It makes crime so easy! Individuals with no moral compass and individuals who have a mental illness will always find ways to do bad things. It’s sad when our elected officials exploit these tragedies to promote their own political agenda: to disarm all law-abiding American citizens. Do your jobs for a change; disarm the “bad guys” in the inner cities!

Those in power constantly ask us not to judge all Muslims by the actions of a few lunatics, and I agree! But here’s where I’m extremely confused: out of the other side of their mouths they say we should judge all gun-owners by the actions of a few lunatics. Something just doesn’t add up. Why are a select group of our managers in Congress, along with select mayors, ex-mayors, and governors, trying so hard to legally confiscate all of the guns from the American people? What’s their plan after they disarm us? Your guess is as good as mine! 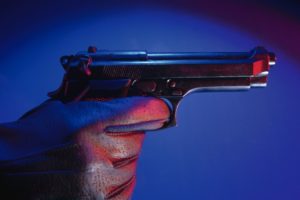 If our elected officials are so serious about gun control, here’s a suggestion: enforce the laws that we currently have on the books. Take the guns away from the felons. In areas of high crime, stop and frisk again. Go into the bad areas in all of our cities where thousands upon thousands of Americans are getting shot and killed every year, and take guns away from the felons and the gang members. And while we’re confiscating the guns from the right people (the bad guys), let’s confiscate the illegal drugs too.

Everyone hates to hear about any loss of life, especially our youth. Everyone wants the school shootings to stop, but taking away guns from millions of law-abiding American citizens isn’t the answer. The world is a different place than it was when most of us were growing up. Cyber bullying, broken homes, poverty, crime, gangs are just some of the problems that need to be fixed before our students can once again feel safe going to school.

In the meantime, we have to assume that the threat of a deranged individual coming to a school and harming our kids still exists, and we have to prevent that by whatever means possible. We need to upgrade school security with technology and more resource officers. We may have to even rely on our teachers (those with legal carry permits) to protect our kids for us. Again, times have changed.